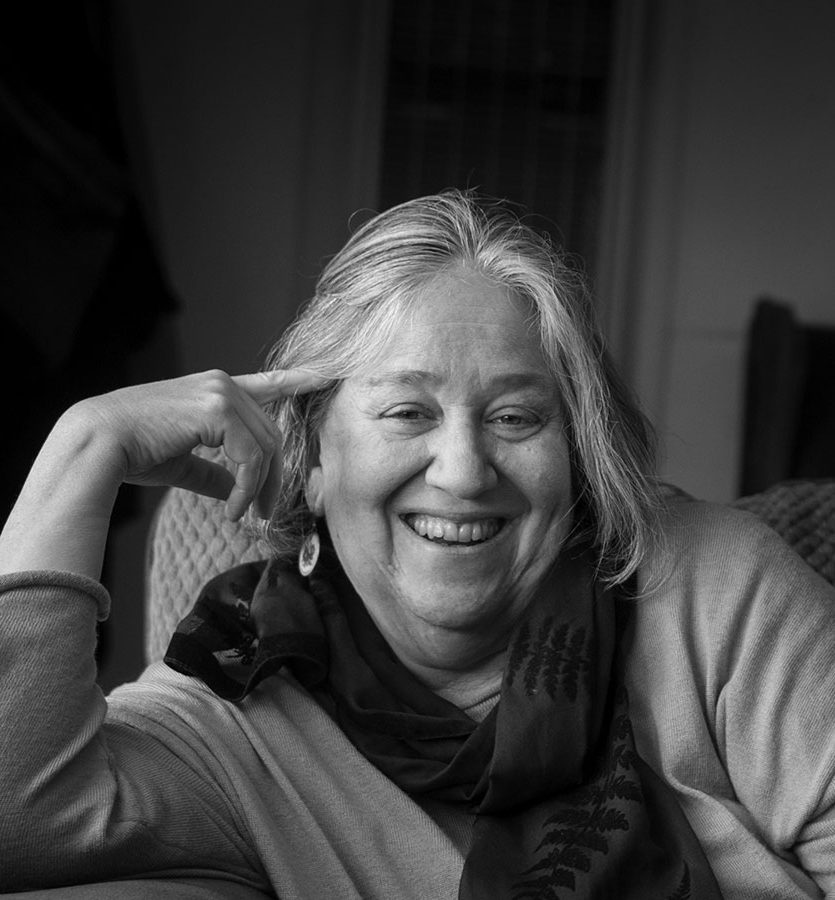 Miriam Sagan is a U.S. poet, as well as an essayist, memoirist and teacher. She is the author of over a dozen books, and lives and works in Santa Fe, New Mexico. She is a founding member of the collaborative press Tres Chicas Books.

A graduate of Harvard with an M.A. in creative writing from Boston University, Miriam was one of the editors of the Boston area-based Aspect Magazine with Ed Hogan. In 1980 Ed shut Aspect down and he, Miriam and others founded Zephyr Press. In 1982 Miriam moved from the Boston area to first San Francisco and then Santa Fe, where Miriam has made her home since 1984. She’s published more than twenty books, including Searching for a Mustard Seed: A Young Widow’s Unconventional Story, which won the award for best memoir from Independent Publishers for 2004; her poetry collections Rag Trade, The Widow’s Coat, The Art of Love and Aegean Doorway; and a novel, Coastal Lives. Miriam directs the creative writing program at Santa Fe Community College.

The poems in Start Again were written during the covid pandemic and speak of solitude and isolation. The “Monastery” poems are about inward containment and self-reflection. Yet these poems also reach outward, in the experience of being a grandmother and once again entering the magical world of childhood. And they extend even further, into the wider socio-political realms, crossing borders, entering social unrest. Sometimes they use the mythic and archetypical, as if to scree the future. Sometimes they leap back into memory. Most often, they help locate the poetic self—and the reader—in a present that is both ephemeral and vivid.

from this tender portion

of what I call my world

in the passenger’s seat.

Shadow on the Minotaur is a magical, gem of a book about immigration, the legacy of war, and the healing power of cake and strangers. The perfect read for our time. Miriam Sagan is a national treasure.
—Ariel Gore,  author of We Were Witches

Whether writing about land and earth “forgotten/like a rusted key” or love that arrives as “a kind of completion/of arrival”, Sagan’s poems speak to the essence of every corner they touch. They ask the rare daring questionand what’s left unsaid adds reverberating power to her lines. The personal echoes the world’s concerns in surprising, stunning ways—and the earth holds all of it in its imaginary borders. Her poems yield secrets we all need to hear. Indeed, Sagan’s poems are gifts, “hidden within the ordinary/…a flicker/of the ineffable.” —Renée Gregorio, author of Snow Falling on Snow

Beasts is a book about time—time passing, time cycling, time fossilizing, time writing itself on the human imagination. Such a scope might crumble in a lesser poet’s hands, but Sagan’s touch is dependably deft and fresh. Here are poems woven of high and low, shadow and light, visible and invisible, human and other-than. Tuned to the resonant universe, they touch us deeply.
—Anne Valley-Fox, author of Nightfall 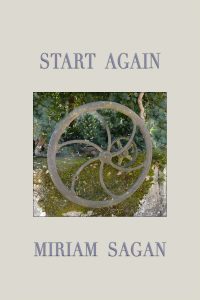 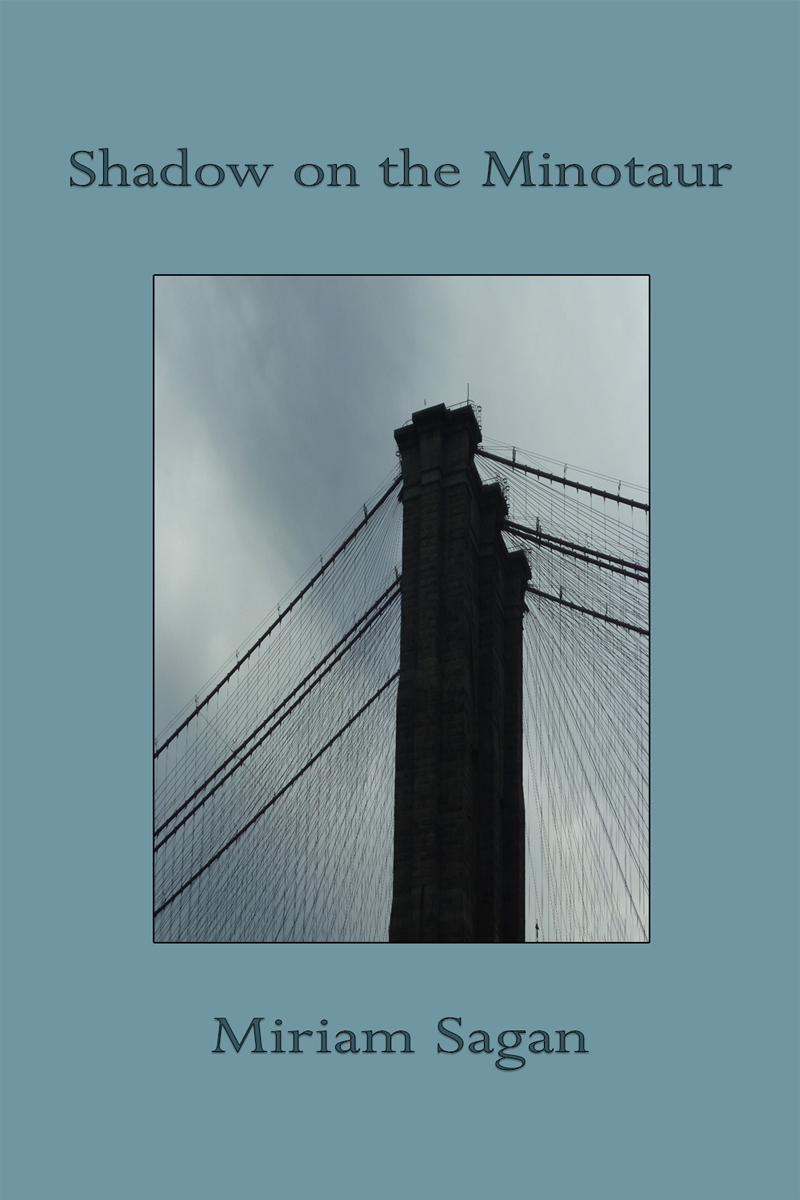 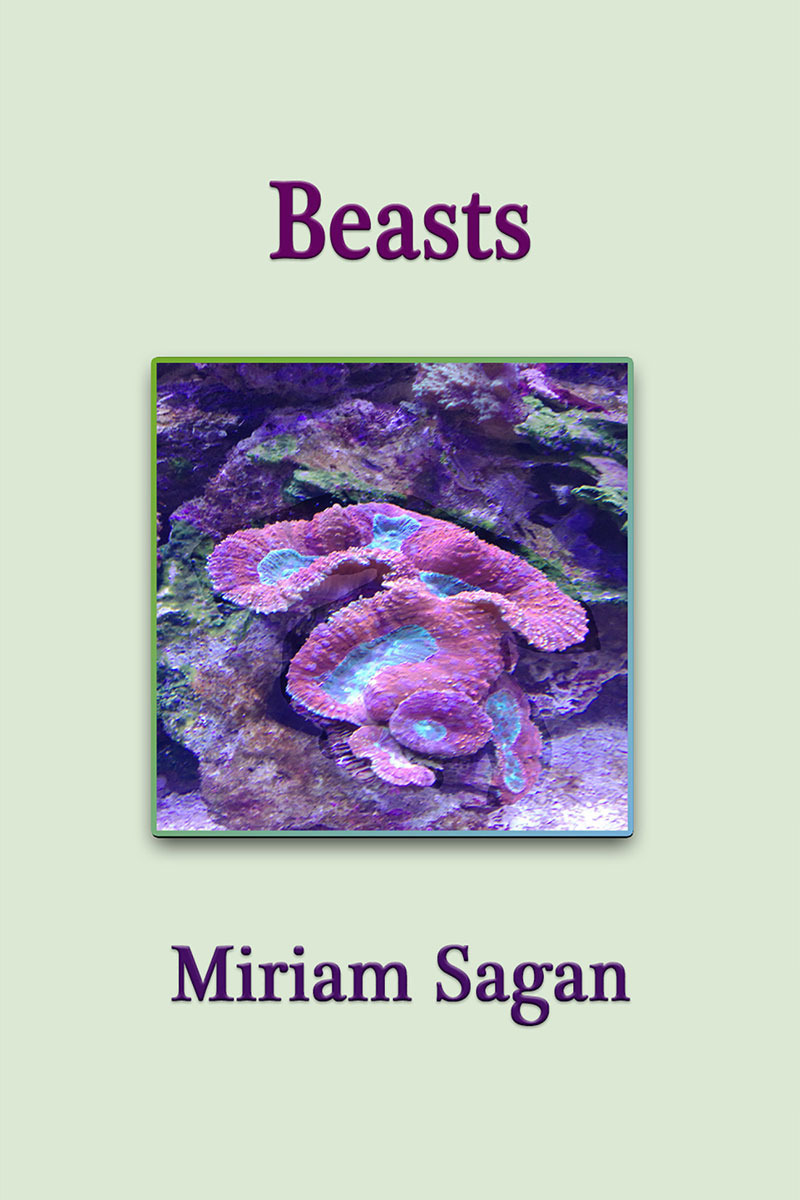 Literary Nonfiction. Memoir. Poetry. “‘I did love my father for many years,’ Miriam Sagan writes on the first page of BLUEBEARD’S CASTLE, an engaging and probing account of her relationship to her father, a man she calls ‘an eccentric misanthrope,’ whose ‘tantrums were notorious.’ Sagan examines her father’s impact on her in prose as balanced and amusing as the ‘two equal length lists’ she made of everything she hated and everything she loved about him, and in lyrical, mystical poems. The ‘cache of memory’ she draws from includes learning young to converse with a father who disdained small talk in favor of anthropology and Freudian psychology, and the gangsterish family culture centered on the garment business her father inherited and then left in mid-life (and where, as a girl she selected a new coat each season). The sections that consider her own close call with death in her early 20s, from what may have been swine flu, and the fact that her father’s intervention probably saved her life, as well as her descriptions of his disintegration the two years before he died, delve deep. If, as Sagan posits, their relationship was a ‘koan,’ that she could never solve, her depiction of it is nuanced and riveting.”—Carol Moldaw