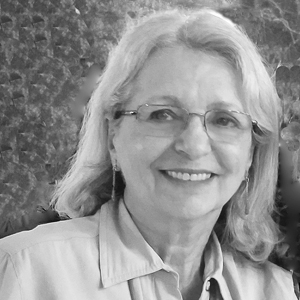 Susan Gardner is poet, painter, photographer, and founding editor of Red Mountain Press. She has lived and worked in Asia, Mexico, and Europe as well as North America, and is the author of six books: Lifted to the Wind Poems 1974-2015, To Inhabit the Felt World, the bi-lingual Box of Light~Caja de Luz, Stone Music, Intimate Landscapes and a memoir, Drawing the Line. Her work has appeared in numerous anthologies. She delivered the Cam Memorial Lecture at the New York Public Library, where she was honored to be granted a year in the Allen Room. She has presented programs at the Freer Gallery of the Smithsonian Institution, the Library of Congress, and the Folger Library, and given extensive lectures and readings. She has been invited to residencies at Tyrone Guthrie Centre, Armaghkerrig, Ireland 2021, American Academy in Rome Visiting Artist, 2018, 2019, Shankhill Castle, Ireland 2017, Community for Creative Work, Truchas, New Mexico, 2015, Artscape, Toronto, 2008, 2009, Maryland Institute College of Art (Klots Residency), Rochefort-en-Terre, France, 2007, Can Serrat, Barcelona, 2004, and others in interesting places.

As the principal at Red Mountain she has edited and designed approximately 80 books, mostly poetry. Her painting and photography have been exhibited internationally in museums and galleries. She has been a scholarly researcher, teacher, house builder and landscape designer. www.susangardner.org

Finalist for the 2016 Lascaux Prize for Poetry. Includes bilingual Spanish-English, and Japanese-English poems translated by the author. In her latest book, LIFTED TO THE WIND, Susan Gardner brings us a four-decade retrospective of her poetry, some composed originally in Spanish as well as in the language of Japanese calligraphy. In addition to being a poet, literary editor and the founding editor of Red Mountain Press, Ms. Gardner is a well-established painter and photographer. Her aesthetic sensibilities in the visual arts are easily evident in her poetry. She gives us a true reckoning of what is and an artist’s look at what might be.

“Gardner, a writer and visual artist… presents a sonically and linguistically rich set of verses…. Fresh metaphors and vivid images linger…. Precise language and imagery reinforce the conclusion that noticing leads to enlightenment: ‘a few things / unremarked / awaken us to this life.'”—Kirkus

“LIFTED TO THE WIND is artist and poet Susan Gardner’s sixth book, a rich collection of poems from over four decades illuminated by seven pages with original brush-and-ink work and one photograph. Her mostly short poems, some in Spanish as well as English, probe the complexities and contradictions of human experience—art, love, loneliness, eros, even war—even as they portray the natural world with vividness and precision: ‘Thin ice cracks in tatters’ in ‘Nebraska Sunrise’; ‘Thunder rolls its baritone song’ in ‘Rain in Santa Clara.’ Yet they don’t stop there—as we see the girl in ‘August’ ‘listening to the shadows,’ and as ‘Galaxy’ concludes, there’s ‘Still a trace of red sky beyond the grounded world,’ these poems take us to another dimension: they lift us to the wind.—Gordon Ball

“It stopped me in my tracks… Poems inspired by art… are legion, Auden’s ‘Musée des Beaux Arts’ based on Breughel’s ‘The Fall of Icarus’ being one of the best. But what happens when poet and painter inhabit the same body? Well, Susan Gardner’s work is what happens. She invites you to see a poem and, I suspect, read a painting. The poems are invitations to set aside your narrative expectations and let the mind rest, take in an image, a detail, participate in a meditative process, a sort of sensory and spiritual inventory. They are painterly snapshots inviting us to view a world largely unmediated, the ‘I’ noticeably absent, giving precedence to the ‘eye.'”—Gary Geddes

“Susan Gardner creates a recursive chain of splendid poems in LIFTED TO THE WIND: POEMS 1974-2015. She splashes lasting images across pages, defining aesthetic moments that indeed are ‘lifted’ outside chronologies. This innovative collection is a primer for other writers—the poet teaches how to sequence a range of works. Her painterly perspective celebrates colors, textures, and shapes. In ‘Night Table,’ for example, objects framed on a tabletop create an elegant still life. Readers may lose themselves in this and other individual poems—or read the book straight through. In either case, they will return to savor Gardner’s words over and over. This book, embellished with the poet’s own illustrations, is a lasting work of art.”—Denise Low

“Muchisisisisisimas Felicididades!!!! Congratulations for this lifelong way you have of portraying life for us all.”—Perla Krauze, artist, Mexico City

“Susan Gardner’s latest book feels special to the touch. The… imagistic poems and supplemental ink paintings and calligraphy, effectively move the reader to contemplate the glory of the natural world as well as everyday realities that are often overlooked…. Her collection draws the reader into a timeless, holy conversation—as if prayer is a pattern of observation and response, a way of seeking truth beyond the immediate surface. A careful reading of LIFTED TO THE WIND requires a reflective, contemplative mood. The work functions as ritual. The aesthetic control that Gardner exhibits rewards such careful attention.”—Ken Hada

“most interesting and impressive” –Drunken Boat

“‘a work to savor…. imbued with the same vitality, restraint, and dignity as a perfect line.” – Blood Lotus

Drawing The Line is a beautiful story of a woman’s struggle to be herself…. a personal exploration of the last six decades, and a peek into the formation of an artist…. – San Francisco Book Review  August 2011

Drawing the Line is a fine memoir with plenty to absorb throughout. – Midwest Book Review/Small Press BookWatch Vol 10 No.8 August 2011

Susan Gardner’s Drawing the Line is a poignant and touching personal story that vividly captures what it is to grow and discover, not only as an artist, but as a human being. – Scott Harrison, Artistic Director, Ironweed Productions

… sophisticated in its simplicity and profound in its lack of guile. Drawing the Line is soulful and beautiful. – Marc Talbert

Gardner has given us a meticulously detailed, ruthlessly honest and emotionally redemptive story…. Drawing the Line generously offers that epiphany to all of us. – Wayne Lee 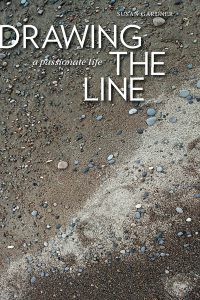